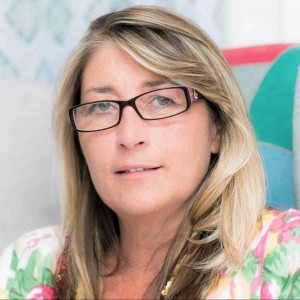 So this is my mindfulness blog and I’m gonna talk about all the things I know about mindfulness, some of it is scientifically based (what I mean by that is I read it once somewhere and this is what I remember or what I think I remember).

Basically human beings, or the way human beings are designed doesn’t work that well in the 21st-century (our 21st-century brain hasn’t worked that out yet though). Our brains can’t differentiate between a life-and-death situation and not answering an email, our bodies can react in the same way, as you can imagine this isn’t always a good thing.

And did you know that we have 3 brains? the first one we got over 4 million years ago, the iddy biddy little brain that works on our reflexes, breathing, blinking, heartbeat the basic things that keep us alive.  (Oh yeah and is probably responsible for sexual urges, so we reproduce evidendly thats a surviving thing too). The fight and flight responses live in this bit of the brain.

The next brain came about 250 million years ago, it’s a bit more sophisticated and it kept my cavemen ancestors alive, it motivated us to bond with our offspring instead of eating them! And instead of skipping through the fields smelling flowers without a care in the world, oblivious to the T Rex that was just round the corner, this bit of our brain worked out survival of the fittest was a good thing, It taught us to look out for changes, a footprint where it shouldn’t be, broken tree branches, we needed to notice when something was different, our very survival depended on it. Fortunately there aren’t many T Rex’s around where I live so this bit of my ancestry isn’t really needed as much now. Only problem is my brain hasn’t worked this out yet, it reacts in the same way if I forget to answer a text message as it did when we realised there was a T Rex around the corner.

Then finally 500,000 years ago (it feels like only yesterday) we grew the superior brain. This final part of the jigsaw meant we could develop self – control, self regulation, awareness and rational logical thought.

Brilliant, well done us! well not exactly because now we have three brains all talking to each other BUT they all kind of prioratise different things. The very thing that kept us alive, the rush of adrenalin, the kill or be killed response is what’s causing us all to lose the plot. We used to be able to turn it on and turn it off when we needed it, because that was all we had to do! Turn it on, run like hell, turn it off, calm down, put your feet up relax. Turn it on, turn it off – simples. Only now we can’t seem to turn it off, we are always in a state of ‘readiness’. The cortisone levels don’t return to base camp, they stay up there at the summit of ‘Mount i’m having a nervous breakdown’.

So what’s all this got to do with washing pots?

Mindfulness that’s the answer to all our problems, or so it seems. If we practise mindfulness our 1st brain gets smaller and our last brain gets thicker so we get more of it and its better for us, it works better in the 21st century.

The brains we have now are just not working for us, its kind of like me trying to plug my Mac in today by rubbing two sticks together, it just wouldn’t work either.

So lets give mindfulness a try, what have we got to lose?

It’s a simple concept, any one of our brains should be able to cope with it – here goes, are you ready for it?

According to Jon Kabat-Zinn

“Mindfulness is paying attention in a particular way; on purpose, in the present moment and non judgmentally.

WHAT! That’s it, that’s all we have to do, so basically this is where the pot washing comes in. If I purposefully focus on washing the pots, without worrying about the past or the future and don’t judge myself while doing the washing up, I get more grey matter and i’ll be less stressed.

A lot of this blog was probably written by my middle brain, the one that stopped me eating my kids!

On a serious note (superior brain talking) Mindfulness has proven scientific results, it decreases the size of the reptilian brain (amygdala) and increases the pre frontal cortex (grey matter) so we can become less stressed, less reactive and more responsive to the stresses of living in 2016 and all that goes with it.

Subscribe to our newsletter to receive all the latest hints, tips and FREE give-aways.

Thanks, Your message has been sent

Would you like to subscribe to our monthly newsletter for all the latest info and FREE give-aways?